The President and CEO of AgriView Inc. and a lifelong farmer, Art Froehlich’s primary interests are both agricultural and social: sustainability, self-sufficiency, nutrition, female empowerment and the passage of farming knowledge from those who have it to those who need it. It is no wonder that he fits in so well among the Neufeld Foundation’s donors and supporters. Through the gardening program, Communities for Life is putting the goals of people like Art into action, making tangible, positive changes where changes are needed.

Art’s passion is growing food, and he wants to see skills like his own as a farmer take root around the world. He has worked with charities in Africa, sponsored young agricultural scientists to attend conferences, and supported women’s leadership programs. He has also established scholarships at several colleges in Canada and has supported initiatives to supply inner-city children with nutritional education. He, like Communities for Life, believes in nourishing both the body and the mind.

He first became aware of Communities for Life when he met Jack Neufeld at an event. Both men shared interests in philanthropy and working with students and women, so they agreed to sit down and discuss the situation in Peru. Art, due to his agricultural background and the idea to set up a gardening program of his own, was quickly drawn to Jack’s work in Manchay. It fit into the goals of his family, and he knew that his partnership could bring about even more positive change.

Art visited Manchay to see the situation there for himself. He studied the soil and climate, scouted sites to expand the gardening program, provided food hampers, learned about local nutritional needs, and met with the people over many trips and his conversations with them confirmed what he already knew. These were resourceful and largely self-reliant people who, by luck of the draw, found themselves in an area that could not support their entrepreneurial spirits without help, or, more specifically, without water. Peru’s soil can play host to a wide range of nutritious vegetables, but Manchay is too arid to grow them. Water needed to be trucked in, and it continues being trucked in today.

The tragic part about the drought in Manchay is that the area used to be quite a productive one. The water that used to supply it was rerouted to nearby Lima, leaving Manchay in the state it is in today. A lack of water, seed and some basic tools are all that separate them from self-sufficiency.

Art’s lasting impression of Manchay was inspired by those very people. He noticed that they were hospitable and industrious. They were proud, begged for nothing and retained a dignity that one can not help but respect. Art immediately developed fondness for and affinity with them and their commitments to survival and family.

The most impact experience Art had in Manchay was watching the gardening program graduation ceremonies of nearly 400 students. He describes them as “true celebrations” of everything they learned, and in the pride in their eyes he saw the promise of a better future, one in which they are better equipped to work and support their families with hard work and their own two hands. He even visited their home gardens after graduation (more than half of graduates have started their own gardens) and found that they were excited to show off their handiwork. 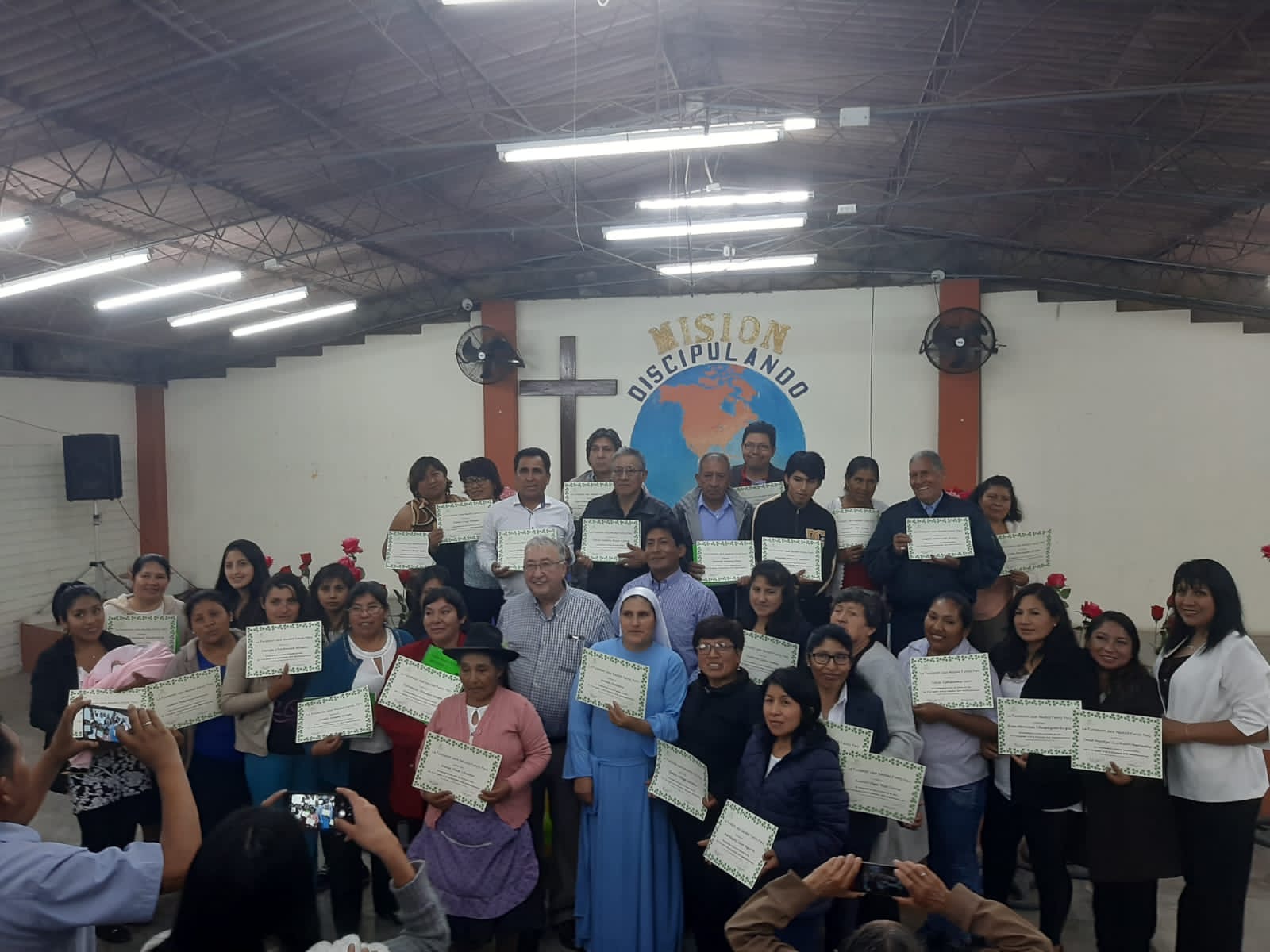 Art and Communities for Life have big but achievable ambitions for gardening program graduates. The primary goal is self-sustainability and the enablement of families to improve their nutrition through their home gardens. Second is to ensure the gardens are productive enough that the students can sell the excess food to their neighbours. And the third goal is to organize a cooperative in which students will pool their excess, set up stands at markets, and generate income together. With the ambition of the people of Manchay and with the hope and optimism they get from the gardening program, it is only a matter of time until this co-op is up and running.

As Art says, “Every graduate makes the community better.” Their own innate industriousness is improving Manchay bit by bit, combined with the efforts of Communities for Life and donors like Art Froehlich. We thank him and all donors for their invaluable contributions. Please join us and donate today.